The REA Vipingo Group is a well established agricultural business, headquartered in Nairobi, Kenya, which owns and operates a flourishing sisal business, making it the largest sisal fibre producer in Africa.

The origins of the group date from around the turn of the last century when the predecessors of the Albers group, the original owners of the Amboni business in Tanzania, established sisal estates in the Tanga region of what was then, the German territory of Tanganyika.

The Albers group also purchased the Vipingo estate in Kenya in 1939 and, together with their Tanzanian interests were, by the early 1970s, the leading sisal producer in East Africa. Following the adoption of socialist policies in Tanzania in the late 1960s, the Amboni business went through some lean times and in 1995 an agreement was reached with the REA group to amalgamate the East African sisal interests of the two groups.
The REA group had purchased in 1993 the Dwa estate from a subsidiary of the Unilever group. Sisal was first planted on the Dwa estate in 1915 and, although not fully developed, the estate held potential which is now being realized.

The company, REA Vipingo Plantations Limited, was incorporated in Kenya on 1st February 1995 for the purpose of amalgamating and developing the principal East African sisal interest of the Albers and REA groups under the ownership of a single company. The company, as now constituted, comprises the company, which leases and operates the Vipingo estate and four  subsidiaries, Dwa Estate Limited, the company that owns Dwa estate, Amboni Plantations Limited, the company which owns the Mwera, Sakura and Kigombe estates in Tanzania, Amboni Spinning Mill Limited which owns the Tanzanian sisal spinning mill and Wigglesworth Exporters Limited, a warehousing and shipping operation in Mombasa, Kenya.

The group does all its own export shipping through dedicated and professionally managed export operations in the port cities of Mombasa, Kenya and Tanga, Tanzania. In both locations the group has its own warehouse and office facilities. 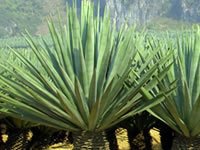 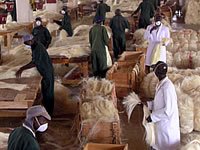 home | about us | our products | shareholder information | contact us